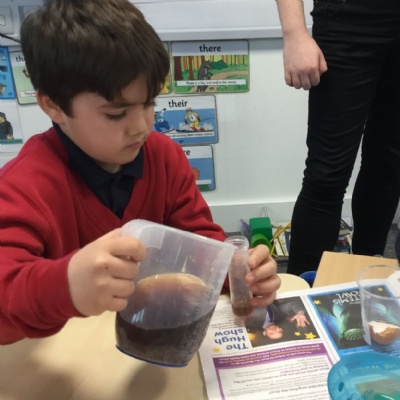 Year 3 used egg shells to find out the effect of certain liquids on their teeth. Both teeth and eggshells are made of stone-like minerals containing mostly calcium. They placed each egg shell in separate containers and measured out equal amounts of vinegar, water, snow and cola (we had intended to use sand or mud but it was a very snowy day!). They poured the liquid on each of the egg shells and made predictions as to which egg shell would decay the fastest when they left them for a week. It was a very "egg-citing" lesson!