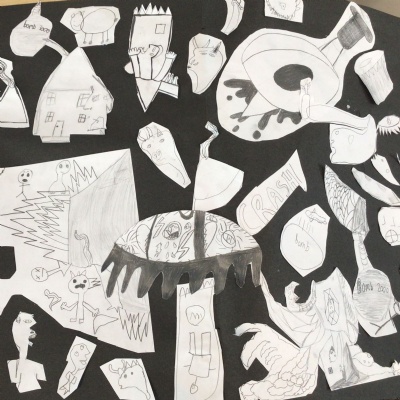 As part of their topic of conflict, Year 4 discussed civil war today: where people from the same country fight with each other. We looked at one of the world's greatest anti-war paintings “Guernica;” a very large painting which shows the bombing of the Spanish town of Guernica in 1937 during the Spanish Civil War. We looked at the images contained in the picture; the abstract shapes depicting the people’s anguish and despair and we then created our own group artwork inspired by “Guernica”.