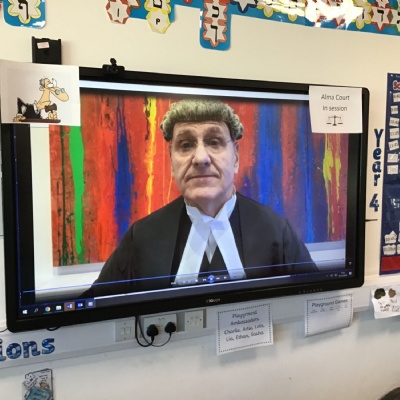 We were split into two groups – one group for and one against Moon Man remaining in jail. Some children also became expert witnesses: generals, statesmen and scientists. We also had a “Moon Man”!

We worked in our groups to prepare persuasive arguments for our particular side which we presented formally to Judge Lambert. We were able to debate an issue, considered arguments for and against the motion and showed respect for our opposition. Judge Lambert found Moon Man not guilty, but was convinced to reverse his decision on appeal. It was a very lively debate!